The Generalized Gaussian density has the following form:

(rho) is the "shape parameter". The density is plotted in the following figure: 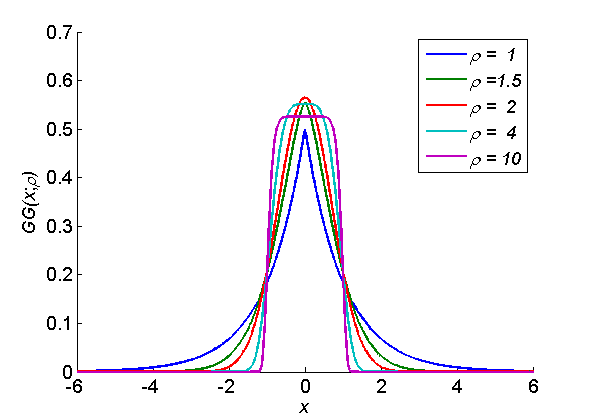 , the density has the form, 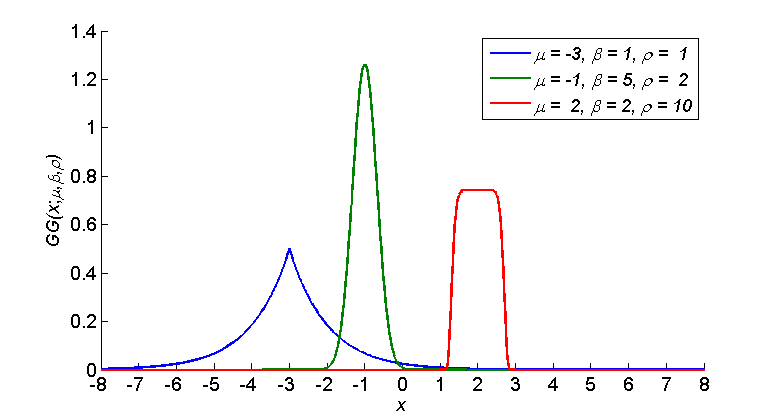 Samples from the Generalized Gaussian can be generated by a transformation of Gamma random samples, using the fact that if

is a distributed random variable, and

is an independent random variable taking the value -1 or +1 with equal probability, then,

is distributed . That is,

where the density of

is written in a non-standard but suggestive form.

Matlab code to generate random variates from the Generalized Gaussian density with parameters as described here is here:

As an example, we generate random samples from the example Generalized Gaussian densities shown above. 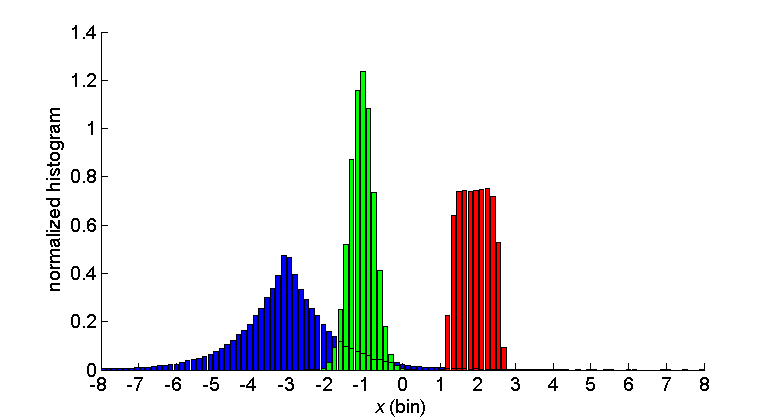 A more general family of densities can be constructed from mixtures of Generalized Gaussians. A mixture density,

constituent densities together with probabilities

associated with each constituent density.

have different forms, or parameter values. A random variable with a mixture density can be thought of as being generated by a two-part process: first a decision is made as to which constituent density to draw from, where the

density is chosen with probability

, then the value of the random variable is drawn from the chosen density. Independent repetitions of this process result in a sample having the mixture density

As an example consider the density, 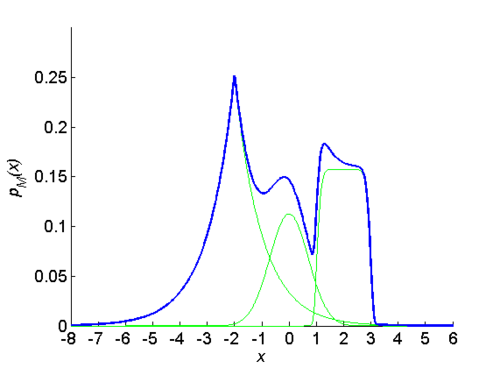 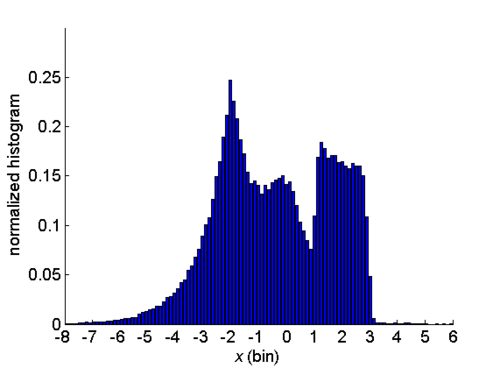